It was a game which created Mursunica. Maybe you have never imagined that, but programmers and designers manage to merge work and pleasure successfully, sometimes bringing out a bit of their childhood, even if they spend hours in front of their computers.

Mursunica is a greedy she-bear with a customary cape. She flies through Mursland to gather the tasteful fruits and the magical wild honey, with a crazy and relentless lust. She needs as many treats as possible and help in order to protect herself from the wild bees. Well, she doesn’t know how to fly, that’s why she needs your help. While you guide her through the land, she is happy ho have her desires fulfilled and to be defended from bites.

Among the ingredients used for the game, you can find a fluffy bear, a playful wonderland, wild delicious fruits, amazing power-ups, and not so scary wild bees.

Adobe Flash Builder and Adobe Flash Professional are the programs used for the development and ActionScript 3.0. is the used programming language. The open source framework used for building the game is called Starling and it allows the creation of games and applications whose content is processed and displayed directly from the graphics card. Additionally, Feathers user interface components were adapted and used, for Starling.

Corel Draw and Adobe Photoshop are the programs used for graphics. The animation was created with Toon Boom Harmony.

Graphics and animations were handled easier with TexturePacker, a program which allows the optimization of necessary memory for loading the graphic elements. Our specialists used the free version for Mursunica because there was no need of the functionalities offered by the Pro version.

The music and the sound effects were created using FL Studio and edited using Audacity.

The game offers an intuitive control and in order to be more pleasant and safe to the kids, it does not include ads or in-app purchases.

Constantin Stan, the team leader of the project, says:

“One with another, the allocated time for the entire project from prototype stage to product was longer than I expected, but for other projects, the spent time can be shortened, at least technically speaking, due to the accumulated experience. We have ideas to expand the game so when we have time we will offer the kids a new version full of exciting adventures.”

Mursunica is available in English, Romanian, Hungarian, French, German, Italian, and Spanish, on iOS, Android, BlackBerry, and Amazon. Click on the following link to download the game: http://games.reea.net/mursunica/.

You can also play the game on http://www.revistatus.ro/jocuri/mursunica.html. 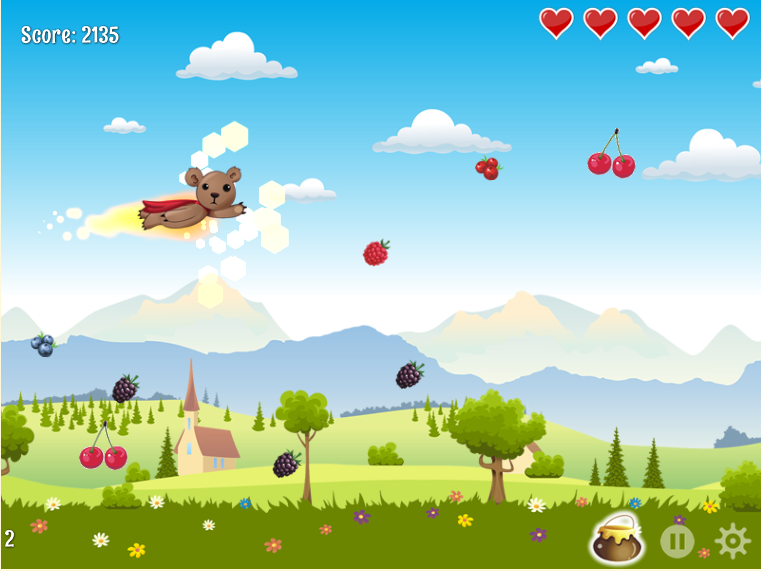