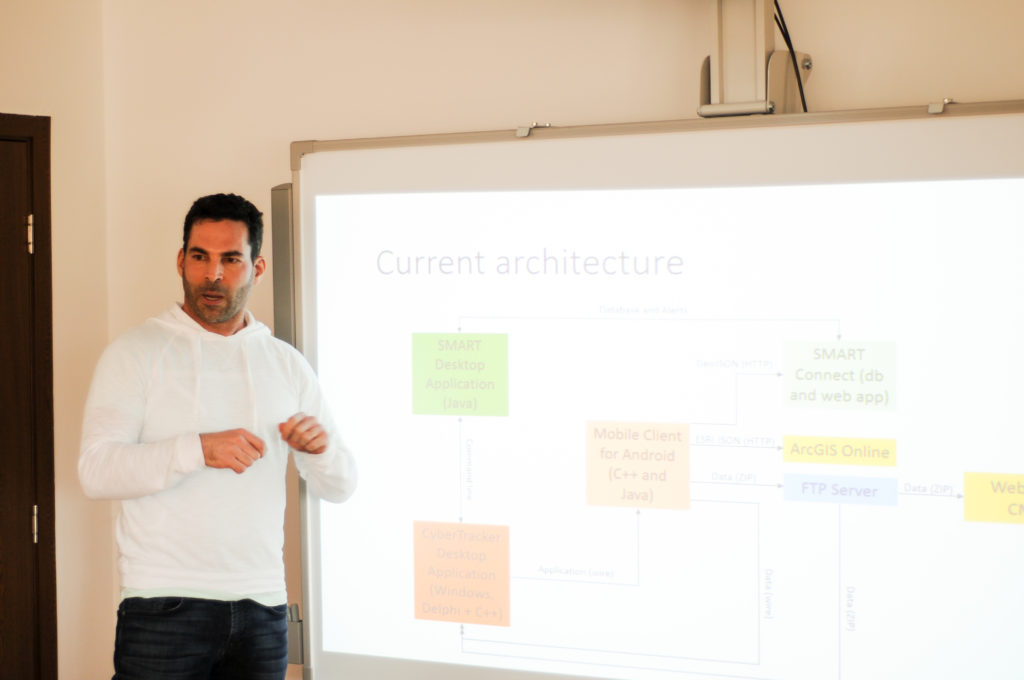 He arrived for the first time in Romania to meet the team he works with. He was born and raised in Cape Town, South Africa, but settled 20 years ago in the United States. Justin Steventon is a leading software engineer at Microsoft and software developer at CyberTracker. He has been working with George Calugar, our senior software engineer, to update this desktop and mobile application that develops manually collected data capture solutions. The software was first developed as a way to allow those who are watching the wildlife migration to communicate environmental observations. A prototype was used in 2002 to record details of the animals killed in the Ebola outbreak. Since then it has evolved to become a system for capturing and viewing general data.

More information here: http://www.cybertracker.org/
The discussion with Justin Steventon flowed nicely and we are thankful that he made time to talk with us.

When did you arrive in Tirgu-Mures? First time in Romania?

What do you think about our area?

Well, it’s the weather got a bit warmer, which it is now. It’s so much nicer here. I don’t know, it’s beautiful, countryside is very nice, I guess it’s very old, you must remember the Seattle it’s very new, like 50 years ago that was just nothing, so most of the city is very, very new, so everywhere you go, everything is least than 100 years old. So, of course, around here is much older. And so, it’s very European in that way, I mean, I’ve enjoyed it.

How did you end up working with Reea?

I was looking to outsource some work, but is very hard to know, you know, it’s hard to find people who are good and it’s hard to find people you can trust and I was looking for a company that had a very long-term view on the development could retain engineering, for a long period of time. Because is very difficult to work with someone and a week later they go on and then you have to look for someone else. You want a company that you can work with for a long period of time and you also want them to have the skills that are needed. I’ve been looking around for something like that and then a good friend of mine who has worked with you for 16 years now, I asked him about you, because he was very happy, so he gave me Dan’s number and then I started to working with you guys last year on a web project just to see what could happen and I was happy with the results and how it went, so this new project came up and I was very keen to get started. So, the reason I came to Romania, just doing all over the email, which is what most people I guess could do is, because I was finding kind of difficult to really do a good job communicating all of the things that I thought were important, because there is something that I don’t really know, that I don’t know I know and so for someone to work with someone directly is the right thing for me so I’m taking some time. I take some time from work to do this project inside to make sure I can do it right.

Can you describe a little bit the project that we are working on together?

So, the story is really quite interesting. It’s my business partner, the origin on this starts in South Africa. He spent a lot of time working with the pushman truckers in the Kalahari. So, the Kalahari is a desert region and the pushman truckers there are..they very much have the same culture life for 1000 years. And is a kind of culture which is based on a very refined understanding of their environment, because in order for them to survive in their environment they have to know the animal movements, they have to go track, they have to go stay away from lions, just a lot I need to go to know to survive in the harshness of their environment. They founded the children, they all living in the cities and their culture has been lost quite an alarming rate because the children are not learning about the environment in the same way. So, it’s something like a tragedy and my partner was very interested in trying to reverse that. And the way we eventually decided to do it was, if we gave them a hand to help device which allows them to enter data the about the environment and gave them jobs as a result of that, instead of them living because there were no jobs, they will not have jobs in their lands and we preserved their skills and their understanding of the environment, and that’s been very successful and from there it grew to be something where many other groups within the world started having we will produce the software application to do this and we made it freely available on the web and so it could be, you know groups from all over the world starting downloading it and using it and it’s been downloaded about hundreds of thousands of times and you know, people all over the world have projects that use this to captures data, that’s kind of the basic story. I think a lot of the interest comes from the projects themselves, so it’s like the truckers in Kalahari, the gorillas in Nigeria, the snow leopards in Himalaya, there is just everywhere even people in their neighborhood collecting information about frog migration. 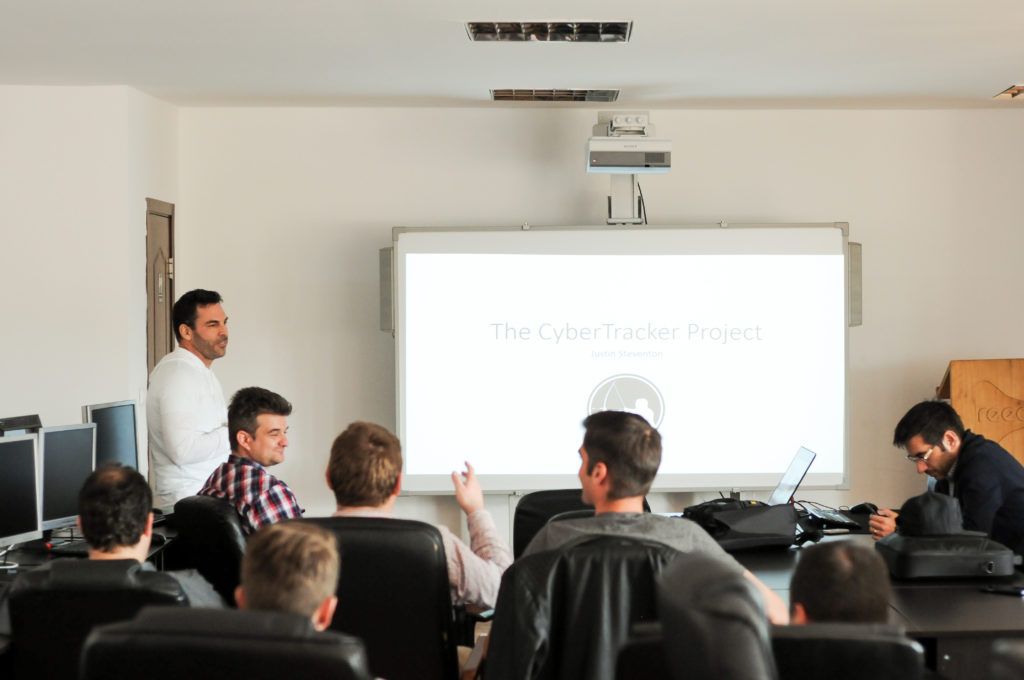 So it’s necessary, in a way.

Yes, it’s like we did the hard problem of the solving this problem is for the altered animal truckers. You couldn’t use computers at all and then over time became a toll it’s very, very useful.

What can you tell me about my colleagues?

So, I’ve made mostly work with George, but I also worked with Andrei Pop and Dan and of course, several others, you know in kind of in passing.  Is quite a lot of individual freedom so the individual engineering has quite a lot of flexibility in terms of how they do their job and how they get to choose quite a lot about what is done and that matters, I think in terms of how they grow as engineers what are they capable of doing. If your voice told exactly what you have to do it makes you less creative. It’s very hard for me to specify everything that needs to happen, so I need to work with creative people for this project. That means difficult problems is with unknown solutions and I need to go to figure them out, so it’s been quite nice to see the environment here. I wasn’t exactly sure what do you expect. Well, I worked with many Romanians at Microsoft and I have high opinions of the skillset that come from Romania, I think that’s good institutions, good academic institutions, universities and so on. I wasn’t sure what their job environment would be like, like how people working in a cubicle, how much control do they have, what do they do and there isn’t working and so on.

Dan is taking a good job of making sure that people of the company feel like there is a place that they can stay and grow. So, this would be things like ‘well in there isn’t something to do immediately’ then you can work on start up projects and things like that. I think that is extremely important and it’s the kind of thing that means that for the most part of the company is like didn’t survive for a very long time but it keeps people fresh and I’m excited about the kind of work what they doing and that’s very important, and it matters to me, of course.

And returning to the project a little bit. Which are the next steps?

The original version of the software was something that I created myself and it was very time consuming and I wrote them all from the sketch, this was 15 years ago now. The systems around evolved a lot and it’s much better now with better tools. I’m also in a different role in my job at Microsoft and I’m looking to a future where the most part I can connect the dots more at a higher level and then I can work with Reea to fill in the blanks and ultimately I expect this to be a long-term relationship where we can be successful together here. I’m in large partnership arrangements, so I produce one part and there are other groups producing other parts. Some of those I think it may leverage Reea’s help because I think from my point of view it’s not good if my pieces are successful but someone else isn’t. I would like some of these pieces to put it over to be done here if that works out, but my partner, I don’t have in media direct control of them so I think is something that I have to book plus there. I’m successful with George producing the first version, I think that would be a very big indicator that others can work together with us here. 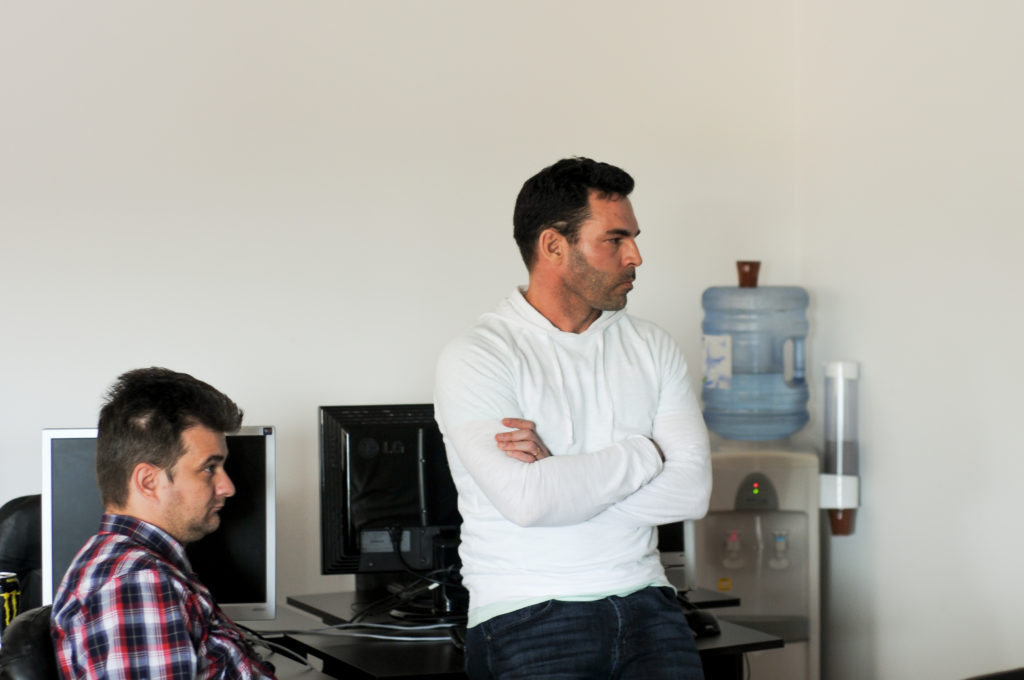