Perhaps we have often come to the conclusion that there are lots of talents in our city, Tîrgu-Mureș. We know that they keep their passion alive by rehearsals, that they want to share it with others, that they want to be heard. And that they want to show that their experiences and desires for change can be expressed through music and image. They sound an alarm bell and change the world around them by words, by the combination of musical notes and effects, by voice and courage.

Artists are often teased that they are in the clouds. Musicians are that category of brave artists who pack a melodious message in the simplest way and wake you up to reality. A song to hum when you feel like you need that, a song that urges you to make a change. Indeed, perhaps we have often come to the conclusion that there are lots of talents in our city, Tîrgu-Mureș. And it is time to support them as they deserve.

We set the studio’s wheels in motion

Republic Production – www.republicproduction.ro – is an independent production company that believes in the “sovereignty” of the artist and their value brought by voice. Starting from this basis, any good singing voice can quickly become known, benefiting from the whole range of services that Republic Production offers: from music production, video, animation, impresario, branding consultancy and PR, to a full online and offline presence of the artist.

The name “Republic” comes from the street where the studio is placed, Republic 43, and the team is ready to face the challenges of the artists.

Dan Masca, Reea’s CEO:
“What basically gathered us now is everyone’s experience to build and do something in all these years, without giving up our dream to go up in the world. I said let’s produce, because we created so many animations, we know what it means to learn to be commercial, to say so. In our world, the IT world, mainly, it is called a start-up. Three people gathered, each one of them brings something. We reached maturity and we can produce at home. One day, someone came up with the idea of creating a clip and I said let’s launch it, let’s invest into a bigger and a more professional studio, which allows us to compete even with Bucharest.”

Republic Production addresses both Romanian and Hungarian markets and makes the difference between this production company and the others in the capital.

The official launching of the production company 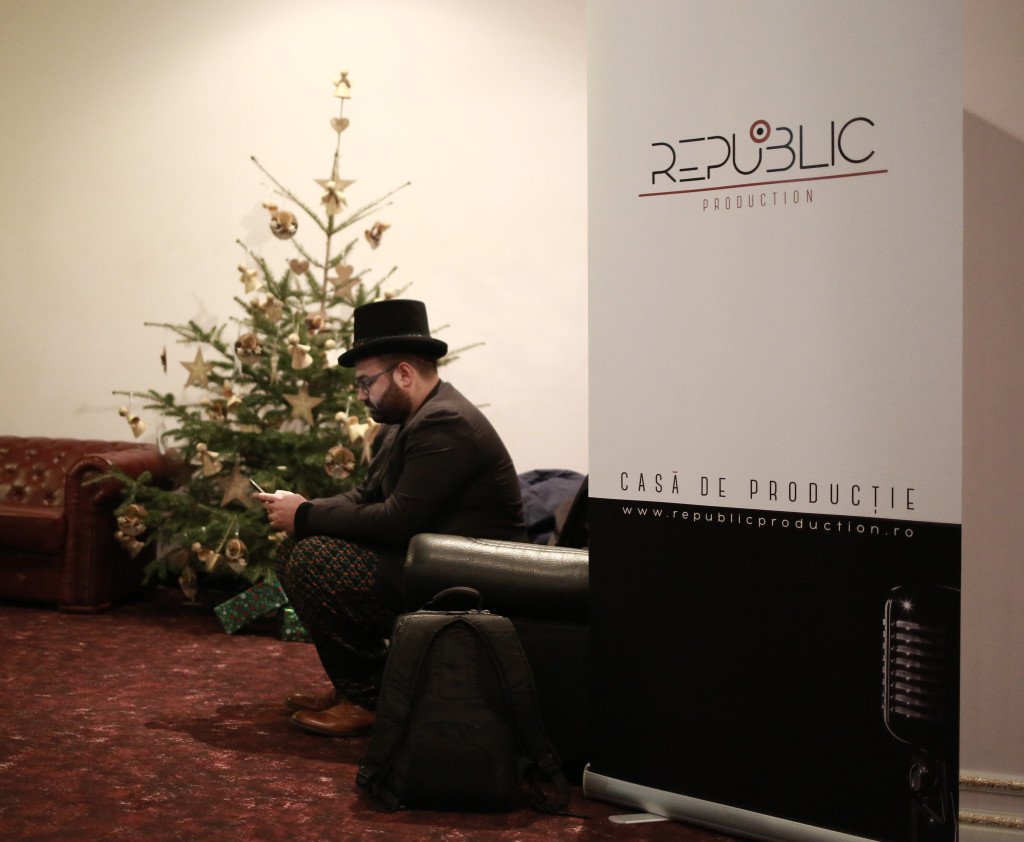 On Wednesday, December 16th, we officially launched the independent production company, Republic Production, together with the launch of Vizi Imre’s song, ‘”Iubiți și gata”. Just like us, he believes that violence brings no good and you can change mindsets with a song. The clip of the song was created recently by the production team. Our colleague Andrei Zaiţiu was in charge of filming and the direction belongs to Alex Năstoiu, the director of the film “Billion Star Hotel”.

Vizi Imre:
“This song is about domestic violence. It was born this summer, I woke up one night and I got an idea, due to my previous experiences, and as I know, we still have this huge problem in our culture, in this area. There are songs in which it’s cool to beat your wife. I disagree with this, I do not believe in family violence at all and I thought about it from a child’s perspective. I wrote the song together with Loredana Căvăşdan, I worked on music together with Adda Moldovan, who is from Tîrgu-Mureș, and with Sorana Păcurar too, and Romeo Bejan dealt with the mix master. Thank you guys! The song is already on YouTube, search for it and share it! I tell you this with all the shamelessness and all the guts, share it! I don’t want to become a star, I want my message to get across and change mindsets, if possible. If it won’t, that’s it, I won’t give up anyway.”

Watch the video below: