Our colleagues from the Drupal team decided some time ago (more precisely during the Drupalaton in Hungary last year) to organize a camp again. This time, an international one. Well, it took place on April 8, 9, and 10 and it hosted 123 participants from Romania, Hungary, Republic of Moldova, Italy, Sweden, and the UK.

„Come for the bloody software, stay for the community’s blood!”

The event started with a novelty at the camp level in Romania, a play in which the main character was Dracula. The organizers wanted to convey that it does not matter what corner of the world you come from whereas involvement in the Drupal community is welcome and valuable. Thus, a slogan was created: “Come for the bloody software, stay for the community’s blood!”. The three guests of the event, Andrei Mateescu, Gábor Hojtsy, and Ruben Teijeiro, also attended the play. 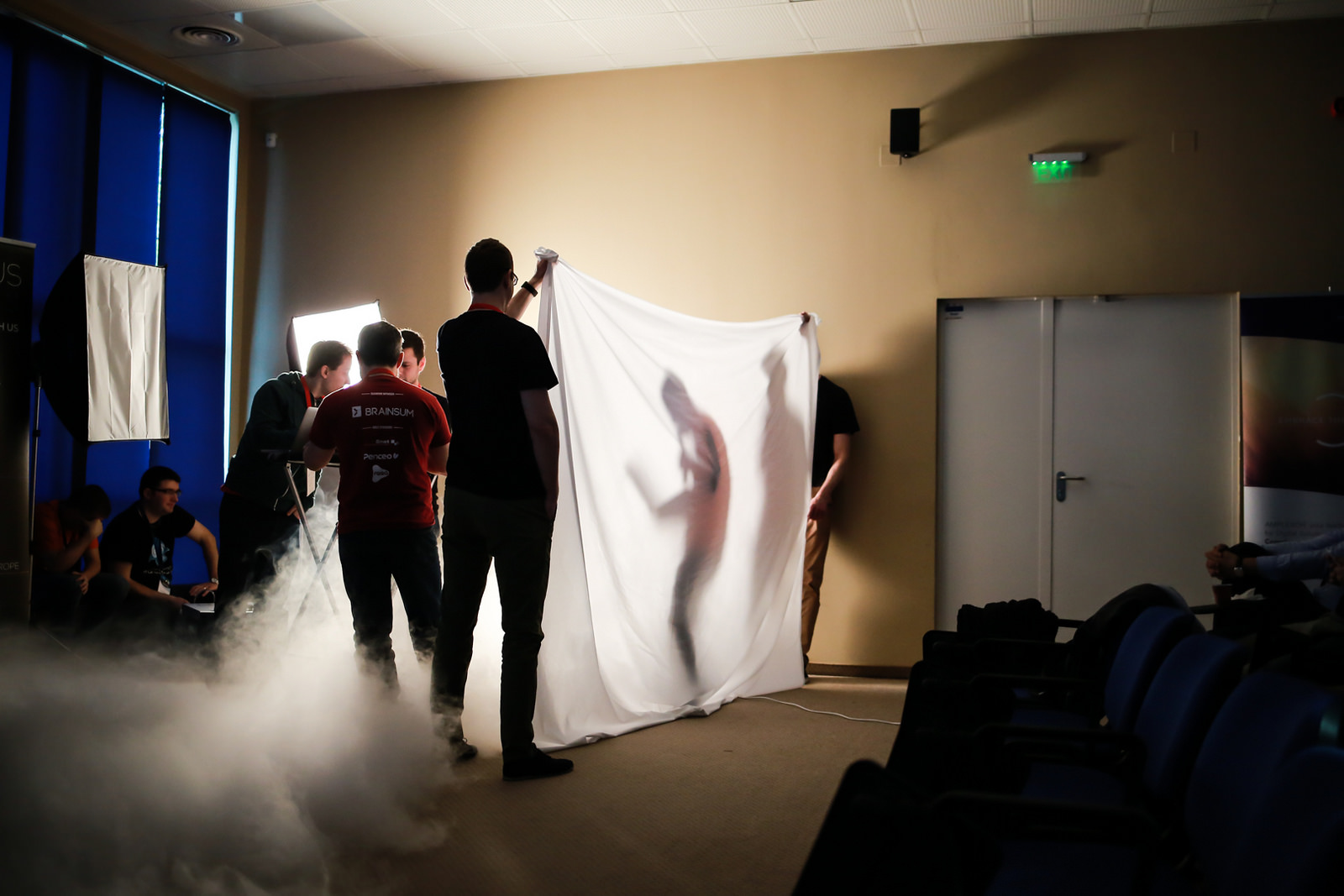 Considering that Friday, April 8, was a Drupal Global Training Day, the event hosted a free training in which were presented introductory notions of Drupal 8 and website development. 15 persons participated, including students from local universities and developers in similar areas. 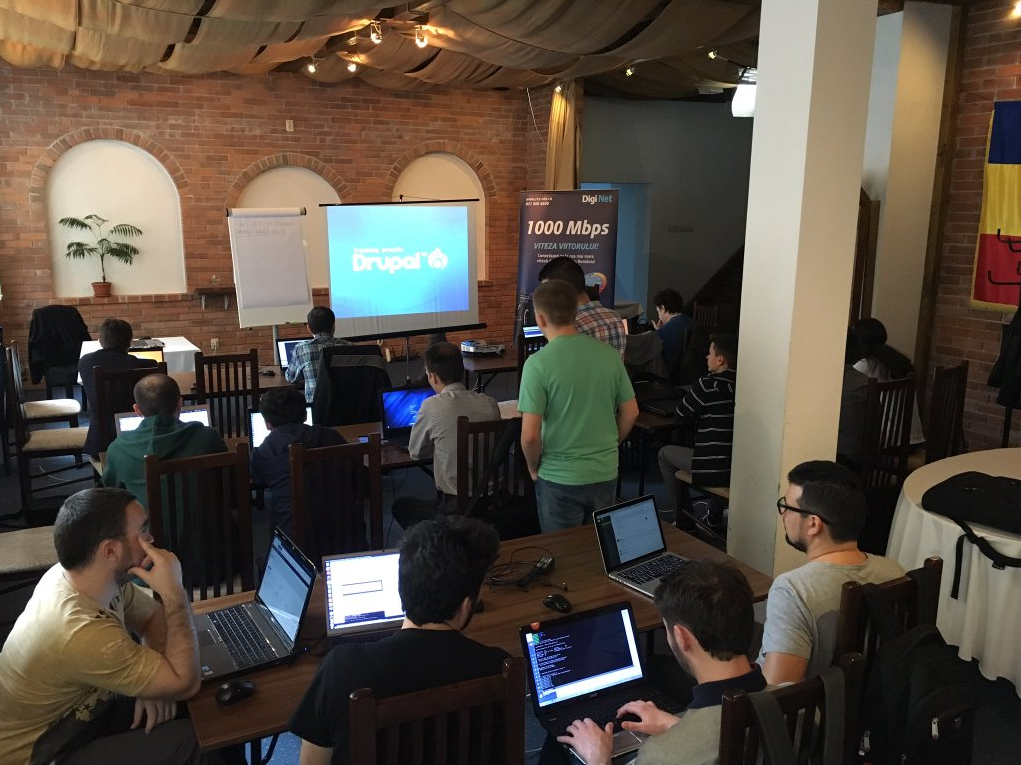 …were brought after the code sprints held at the event. Romania had 37 contributions, Hungary four, the UK one, and Sweden also one. As usual, the code sprints have been extremely useful in overcoming various obstacles or difficulties posed by the CMS. The mentors of the code sprints were Andrei Mateescu and Ruben Teijeiro. 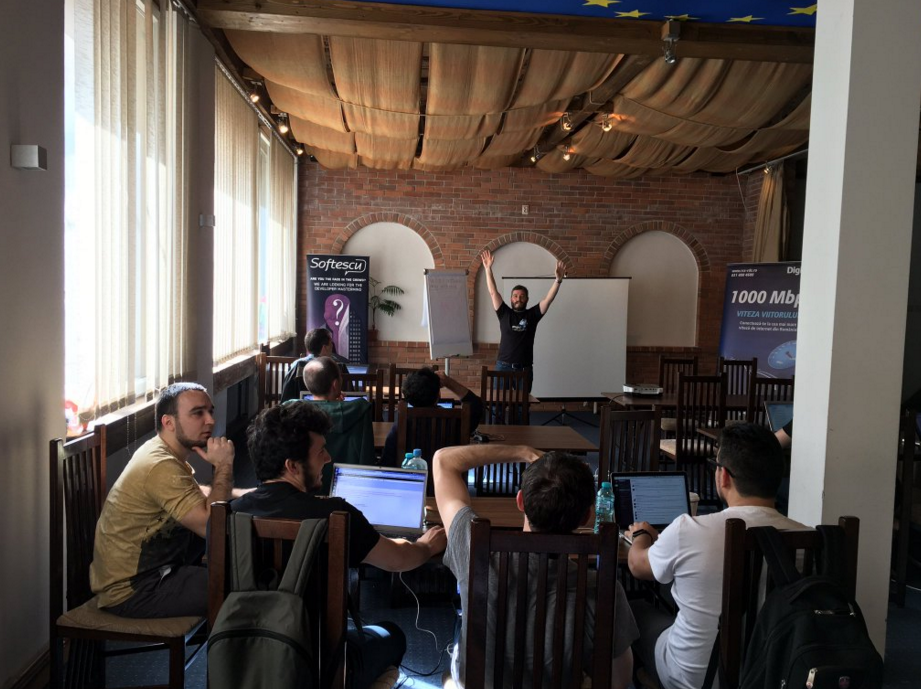 The participants had many relaxing activities, including archery, board games, go-kart, karaoke, beer pong, paintball and a small tour of Tîrgu-Mures, where they visited the Medieval Fortress and the center of the city.

One of the platforms used by the Drupal community to communicate is Twitter. Noting the promotion of the event on Twitter, the founder of Drupal CMS himself, Dries Buytaert, requested a T-shirt with the count. 🙂

Sponsors of the event

Our fellow organizers are grateful to those who supported them in putting DrupalCamp Transylvania 2016 in motion: Digi and Softescu (diamond sponsors); Pitech+Plus, Intellix, and Amplexor (gold sponsors); Acquia and Kalamuna (community sponsors); but also to the partners, Reea, Republic Production, and Drupal Romania Association. As well, they are grateful to the individual sponsors: Antal Ludescher-Tyukodi, Gábor Péter, and Cristian Spoiala.

The Drupal team aims to organize this event again the next year.