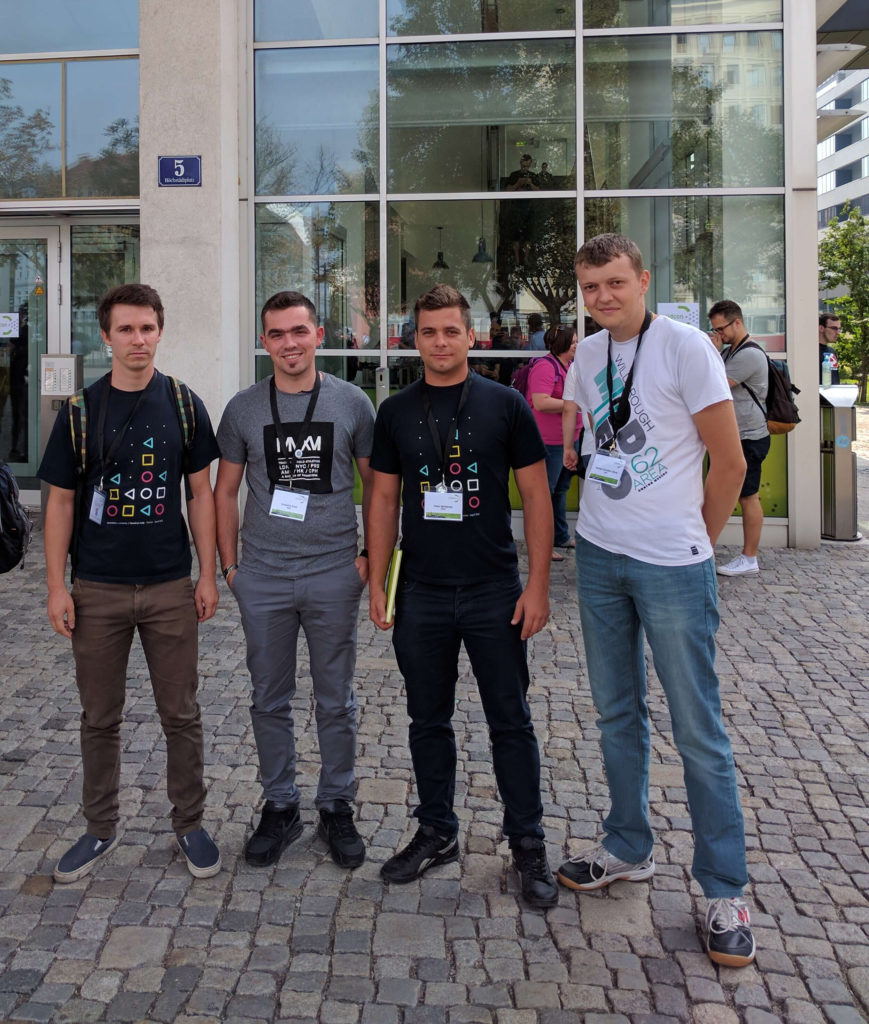 Between 16 – 17 September 2016, there was a major conference in Vienna dedicated to Android developers. https://droidcon.at/

The conference approached all the current Android systems: “Classic”, Wear, TV and Auto, also among the speakers being top developers from companies like Microsoft, Google or Twitter.

The subjects discussed by those over 200 present developers were:

– MVVM architecture with the data binding library – the exhibit of the power and utility of this design pattern in an Android app and the best practices for implementation;
– Safe vs Deep integration of Realm in Android – the exhibit of Realm, a new and very powerful ORM, ways of implementation, their advantages and disadvantages;
– User Authentication designed for 2016 and beyond – a brief introduction about Firebase authentication (cloud-based authentication);
– Xamarin for Android Developers – an exhibit of Xamarin framework for cross-platform applications (the difference between the two ways of implementation: native versus cross-platform);
– The 2016 Android Developer Toolbox – the necessary and useful set of tools for an Android developer;
– Developing Apps for Android Auto – best practices for developing applications for Android Auto;
– Scaling Android Apps – how I learned to love the puzzle – useful information for developing applications regarding scalability;
– Crash Wars: The handling awakens – tips & tricks in handling exceptions;
– Firebase Codelab – an interactive session of coding, dedicated to implementing Firebase service;
– RxJava Best Practices – best practices in using RxJava library.

Vienna Droidcon covered over 20 sessions and more than 15 hours of quality content. The event has a tradition in organizing a Barcamp, namely a session in which developers submit ideas for solving technical problems arising to famous apps from Google Play Store. The session develops the competitive side of the developers too, the most ingenious solutions being awarded.